In this blog, you will see the top traders who made a loss in their trading journey and we will see that there are important things that should be necessary to know while trading. For the beginner, this blog will be useful for them to take care while trading. Here below List of Top #5 Loss Making Stories in The Stock Market.

Todd Tresidder often talks about the first investment that turned out to be a complete loss investment for himself. For him, making losses is a natural result for making investment decisions and then he can become a valuable trader to gain and learn from the mistakes he had made in his investment.

The individual who learns from their mistakes will win the market surely but the one who does not understand the mistakes will not learn from his experiences. Todd was graduating from college and he was hired by Hewlett-Packard and was working well there and one of his friends was working in the credit department in the same company and told Todd that a new hot tech company that bought a lot of HP computers for running the business.

The stock was listed on the NASDAQ pink sheets, and his friend had the insider information of the company and because of that Todd used all his savings to buy that “hot” stocks. The investment ended by making huge losses.

When Todd started to learn about the mistake he realized that he had not searched anything about the company and made the decision based on his friend saying. He also addressed that he did not define the risk per trade because he invested more than he could afford to lose. The worst part that he had no exit strategy or risk management plan for the investment and lose all the capital.

Joe Campbell was an intraday trader who was trading through his account as only his means of livelihood. He was doing well in his small account before the disaster of his trading career happened. He then ended up losing all his capital and also owing to his broker.

The stock of KaloBios, a biotech startup company and the price for the stock fall when the company announces that they are planning to wind up. When the prices of the stock rose, Joe went short on the stock with so much of conviction that the stock will fall again. This set-up was made by Joe but without setting the stop-loss and would soon prove to be his biggest mistake.

Joe was in a two-hour meeting and during that time the news of the company came and the stock price jumped hugely and he did not know this. By the time he came back to his desk, his account was showing a deficit amount. He had to blame himself for this decision as he made a lot of mistake in that trade. Going short on a stock is dangerous without a stop-loss.

You Also Like: Top 5 Mobile Apps for Intraday Trading

This giant went bankrupt and share price of this fall down miserably in that period and fall to zero. He realized that he had made a huge investment mistake by investing all the money in a single stock. According to his perception, the Lehman Brothers opened his eyes to the meaning of diversification in the portfolio.

Currently the personal finance expert and the owner of a personal finance blog, Jon Dulin started investing during the hike of the 90’s dotcom bubble. At that period the stock market was in an uptrend and particularly the tech stocks were doing great.

John bought the share of a telecom company called WorldCom and thought that he will make profits from it and thought he had won some precious metals from him. After the announcement that the telecom is been merging with the big MCI makes the stock price went up and Joe couldn’t able to control his joy.

Unfortunately, the merger didn’t work for them and stock prices fall down and then to Joe started to buy in a bulk without researching on the company. Later, the company had to file bankruptcy and the stock fell flat and Joe made a huge loss in this investment because he did not define the exit and stop-loss on his trade.

A lot of personal problems occurred in his life that he ended up committing suicide. During the Bear market he ended up making $100 million and more and he was a successful trader in Wall Street. He predicted the great bear market and make short positions before the market crash.

Due to his success during the bear market, he was given the title as the Great Bear of Wall Street. But in 1934, he had lost all the money and went bankruptcy. Due to his life problems, he miserably has fallen and it affects its trading skills also.

Common Mistakes that should be occur again while trading

Throughout this blog, you will understand that you will need to see the mistakes you are making while trading and learn from it. From the above, you should learn the mistakes of them and not occur in your trading career again. For further any assistance you can contact us through mails. Trading Fuel is a Blog site that provides free education for readers and learners. For more such interesting knowledge you can read more. We hope that you like our blog “Top #5 Loss Making Stories in The Stock Market”. 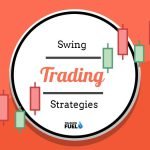 How to Start Investing with little money?

When does the Stock Market Open in India?

Why 95% of traders lose money?